We are glad you are enjoying Advertising Age. To get uninterrupted access and additional benefits, become a member today.

Log in or go back to the homepage. Published on September 29, Here's one for the marketing textbooks. A marketer on the verge of launching a new product turns to the unwashed masses to come up with a name. Only in this case rather than spark a bunch of consumer interest, the brand stewards managed to spark a global backlash.

That's what's happened to Kraft Foods as its rolled out a more spreadable version of the Australian favorite Vegemite. More than 48, people responded to a call to come up with moniker for the new combination of cream cheese and Vegemite, a popular spread made from yeast extract.

The winner, as coined by a Australian web developer who, by his own admission, has his tongue planted firmly in his cheek: Now, obviously this is a name that has nothing to do with the product and looks like a mere exploitation of cliches in digital product nomenclature.

How not to re-create another Vegemite isnack branding disaster

The lesson is equally obvious. Even when they're being asked for input or sourced for ideas, consumers want brands to be able execute some level of judgment, filtering out awful ideas at minimum. 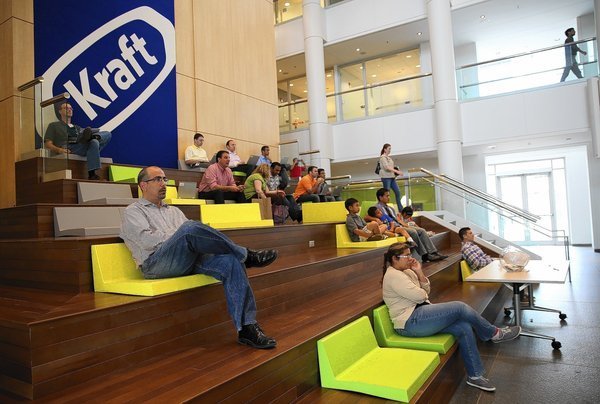 Kraft, however, didn't see it that way. In addition to denying that this is not a stunt, Kraft's head of corporate affairs, Simon Talbot, was quoted as saying, "Vegemite iSnack2. Dozens of mainstream media articles have lambasted the name as have countless posts on Facebook and Twitter, where it was a trending topic for a time.

Speaking of co-creation, here's the inevitable "Hitler reaction" video:“Now all it needs is a name,” Kraft launched the new product with a TV commercial by JWT Australia. iSnack Kraft Foods launched an Australia-wide contest in June , putting the product on grocery shelves with special “Name Me” packaging.

iSnack – When brand naming goes wrong When Kraft launched their name for the new spread during the AFL Grand Final, I thought it had to be a joke, they couldn’t be that out of touch. Then I presumed it was a deliberately provocative marketing campaign, give our product the worst possible name, watch it explode across the social media.

Vegemite iSnack from Kraft. launching a product under a brand as ferociously.

Crowdsourced branding, a disaster for Kraft?: idsgn (a design blog)